Today the Canadian National (CN) advised their customers that the BC Wildfire Service has requested a temporary suspension of operations in affected areas of the province of British Columbia (BC), due to the numerous fires created as a result of the severe heat that has been impacting the province since the beginning of July. Several of the fires are east of Lytton, and in a number of areas the fires are near CN tracks; because of this, the CN is not currently running trains between Kamloops and Lytton, BC. At this time, the CN has no estimate on when they will be authorized to operate trains. 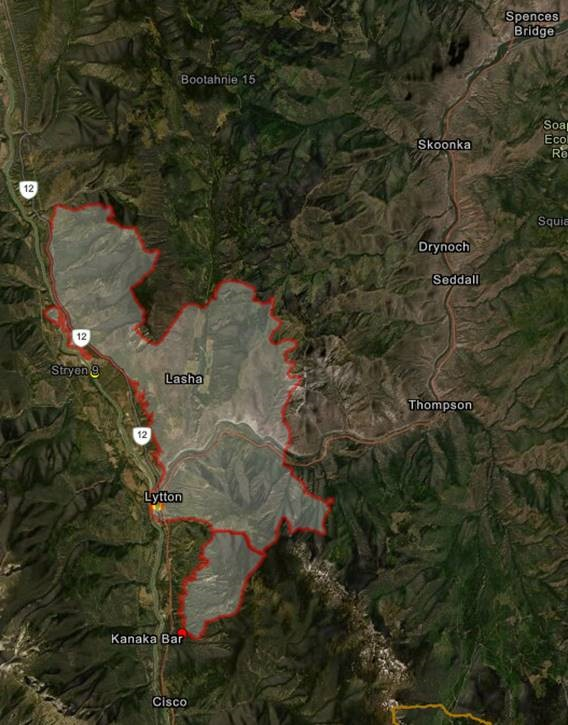 Furthermore, there are also fires raging near CN tracks on the Lillooet line running from Vancouver to Prince George via Squamish, and as a result, the CN will not be running a train on that line today (Wednesday, July 14, 2021). At this time an embargo remains in place preventing traffic to be billed westbound to Vancouver from northern BC and east of Kamloops and from the BNSF, Union Pacific (UP), and Vancouver area towards the east. The BNSF and UP traffic into Vancouver area is permitted; however, no permits will be issued at this time.

Intermodal traffic is not currently impacted by the embargo, and it is strictly focused on carload traffic.

The CN continues to load import traffic at the ports located in BC south as car supply with incoming trains improves and yard congestion reduces with trains departing eastbound. Acceptance of Export Loads and empties destined to ports in Vancouver continue to be restricted, and the CN is reviewing the in gate acceptance of traffic on a case by case basis and will continue to keep shippers updated as the situation improves.

As the Canadian Pacific (CP) reduces the backlog of shipments and safely increases capacity, they have rescinded all locations listed under embargoes CPRS000221 (Station embargo) and CPRS000321 (Interchange embargo) effective immediately with the exception of traffic moving to customers on the North Shore in Vancouver, and served by the CN. Traffic destined to the North Shore will still require permits. You can see the updated list of embargoed locations by clicking here.

The situation continues to be assessed frequently and embargoes can be rescinded or altered at any time.