BNSF operating teams have been addressing several service interruptions across the network this week, including a derailment last night on the Southern Transcon, the primary route between Southern California and the Midwest, at Marceline, Missouri. Both main line tracks in this location are currently out of service.

Engineering teams and equipment are at the scene; however, service is not expected to be restored until tomorrow. With the high volume of traffic on the Transcon, customers with shipments designated to move through this area should expect ongoing delays into next week. Trains are being re-routed as much as possible to minimize the impact of this disruption. Customers tracing their freight may notice nonstandard routings, locations and interchanges. 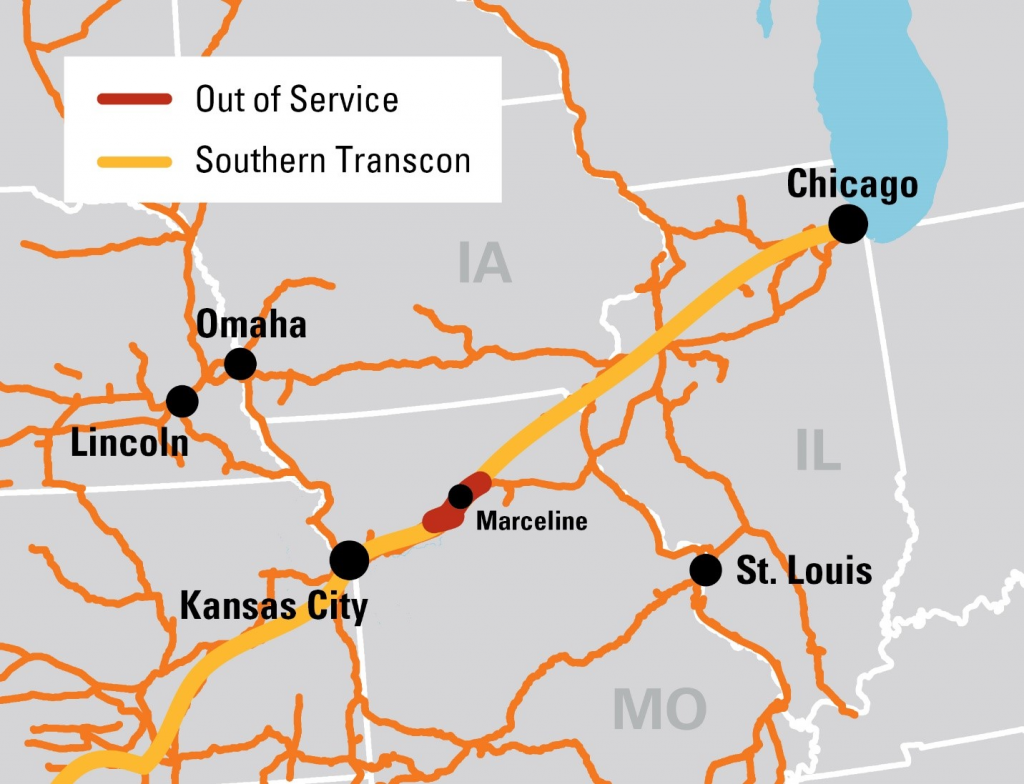 BNSF also experienced some train delays earlier this week due to an incident Tuesday night at Springfield, Missouri. Both main tracks were out of service for approximately 12 hours. Train flows through the affected location have since normalized. In central New Mexico, service was restored last night on the entire north-south route between Belen and El Paso, TX after heavy rains caused track washouts in multiple locations early Wednesday morning.

SERVICE EXPECTATIONS FOR THE WEEK AHEAD

The interior West Coast and Desert Southwest is currently experiencing another heat wave that will continue through the next few days. High temperatures are expected to exceed a record-breaking 110 degrees in central California this weekend while locations in southeastern California will likely approach 125 degrees. BNSF teams are monitoring conditions closely, conducting additional track inspections and are prepared to respond to any heat-related service interruptions.

Temperatures across much of the West will gradually return to normal levels during the upcoming week. As a more typical July weather pattern returns, much of the BNSF network should experience favorable operating conditions for this time of year.