Being strategic with your rail rate negotiations means establishing goals for your current and future contracts, clarifying each party’s values, and challenging the ground rules. Although you should always negotiate with your entire rail transportation portfolio in mind, this does not mean that it is always best to bundle your rates when negotiating. 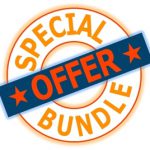 Shippers often bundle their movements and ask their rail carriers to bid on the entire package. Since rail rates are generally higher for captive locations and lower for competitive movements, the assumption is that the railroads will be willing to provide a lower total cost if they are awarded the whole package. One reason this method is popular is because it requires minimal upfront analysis by the shipper. The shipper sends out their spreadsheet and hopes for the carrier’s best effort. Relying on this approach assumes that more volume equates to lower rates, but this method plays into the hands of the carrier that controls the highest portion of your captive traffic.  That railroad uses the captive traffic to obtain more participation in competitive lanes.  The result is that they become the market share winner, while the competing carrier strives to maintain margins.

A more effective scenario is for shippers to use competitive traffic as leverage to secure better rates on their captive lanes.  Evaluating current treatment by captive railroads can be a factor in determining which competing carriers are provided the opportunity to bid on competitive lanes.   We have seen many shippers use this approach; and while they may absorb short-term cost increases, they ultimately win by gaining long-term reductions in their rail spend.

Another problem with bundling rates is that it enables rail carriers to include unreasonably high rates in the package.  By separating those rates and requiring them to be published in a tariff, the shipper retains the legal option to challenge them before the Surface Transportation Board.

So, consider options to all-at-once bundling. A key in any negotiating tactic is to understand the relative profitability of your traffic to the railroads as you address your competitive options.  This requires rail rate analysis software that will provide insight into the railroads’ costs.