CSX’s performance has declined over the past year and we’ve noticed more problems since they began rolling out new service plans for the northern tier of their network at the end of June. They advised these “precision scheduled railroad enhancements” would cause an additional 72 hours of transit time on cars moving through Avon, Chicago, Toledo, Willard, and Selkirk yards.

We are seeing yard closures, congestion at other yards, reduced plant switching schedules, and a general reduction in customer support. With the network revisions, we are seeing CSX route cars longer distances. For instance, starting in May we began seeing CSX route more traffic over their Northeastern Corridor and down to their yard in Selkirk NY. Cars moving between Michigan and the Memphis yard were being pushed to the Birmingham yard and then back up to Memphis for placement. Cars moving from the north towards the south are looping between Nashville and Birmingham prior to continuing on with the normal trip plan.

Here’s an example of a lane from one of our customers. They have a UP origin in Louisiana and destination in Kentucky. The normal routing has been UP – CSX Memphis TN – KY. CSX recently began routing it – CSX Memphis TN – Cincinnati OH – Willard OH – Selkirk NY – Willard OH – Cincinnati OH – KY.  These changes are resulting in longer and more unpredictable transit times that have led to plant shutdowns at some of our customers.

The operational changes have been made worse by a reduction in customer support. For instance, CSX removed their diversion request page in the ShipCSX platform last week. When we called the diversion desk yesterday we found that the person was no longer working there and we were redirected to the general customer service group. The person we spoke with in customer service couldn’t give us accurate information on the car we were trying to divert. (CSX has since restored the diversion function on ShipCSX¹).

The image below show the increased transit times on a quarterly basis for CSX shipments across RSI’s client base: 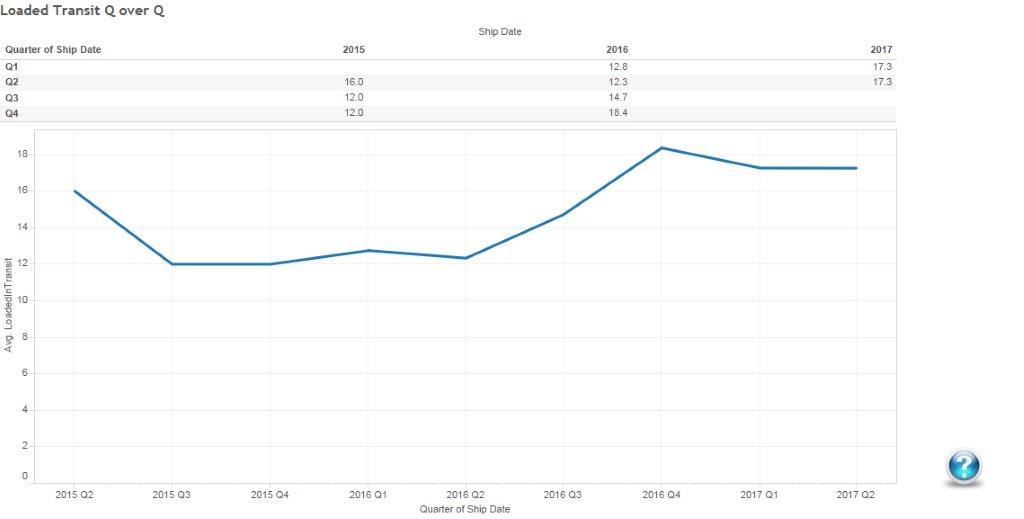 Of note, this drop in performance has not been clearly visible in the railroad reporting metrics. Perhaps this is related to CSX routing cars on more circuitous routes, not just holding them in yards. Although, some issues have been starting to show in the data from recent weeks.

Unfortunately we don’t see light at the end of the tunnel and are advising our customers to consider how increased transit times will affect their business. Each shipping lane is unique and should be reviewed on an individual basis for contingency planning. Increasing inventory buffers and moving product via other modes may be necessary. Proactively managing and adapting to performance changes by the rail carriers is a whole lot easier with an advanced shipment visibility and railcar tracking solution.

Editorial note:  since first writing this post we have continued to add notes below to provide updates on the issue: