The railroads BNSF, CSX, Union Pacific (UP), and Kansas City Southern (KCS) are closely monitoring Tropical Storm Ida, which is forecast to intensify before reaching the Gulf Coast this weekend (August 27th through August 29th) as a major hurricane. Hurricane watches are in effect from southwestern Louisiana across the border into Mississippi as concern is mounting about the potential for the Tropical Storm to strike Louisiana as a major hurricane on Sunday, August 29th. The railroads are implementing precautionary measures to protect employees, rail traffic, and infrastructure – including repositioning assets and identifying alternative routings that may be required for some traffic. 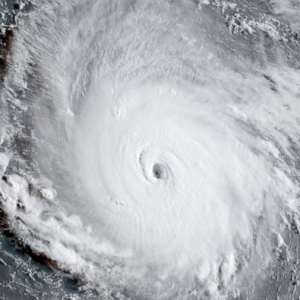 The UP has announced they are preparing by taking measures in advance, such as staging generators, rail ballasts and panels, setting up additional diesel fuel, and more. The UP’s Avondale, Louisiana, intermodal terminal will be temporarily suspending operations and the BNSF is suspending all rail operations between Lafayette, Louisiana, and New Orleans. If the flood gates in New Orleans, Louisiana close, the UP and BNSF expects this to prevent interchanges with eastern rail carriers. Updates will be provided as needed and as the weather system develops.