It’s no secret that railroad demurrage charges and private car storage charges have become a big expense for many rail shippers and receivers. We have to admit it’s not all bad — it has increased demand for RSI’s railcar tracking system and services because shippers need to more closely plan, monitor, and control their railcar flows. But shippers are saying enough is enough and crying foul over these high charges. The Surface Transportation Board (STB) will be holding their Oversight Hearing on Demurrage and Accessorial Charges on May 22-23. This was originally scheduled as a one day meeting, an additional day was needed to accommodate the many shippers that have requested to speak.

In preparation for the hearing, the STB requested the rail carriers provide more specific data on their demurrage and other accessorial charges for the last 3 years. This included a list of tariff changes, total amounts billed and charged for demurrage and accessorials, an explanation of their dispute process, and an explanation of their credit and debit practice. The charts below show the annual revenue that carriers reported for demurrage and accessorial charges (or in some cases what was billed less adjustments and write offs). 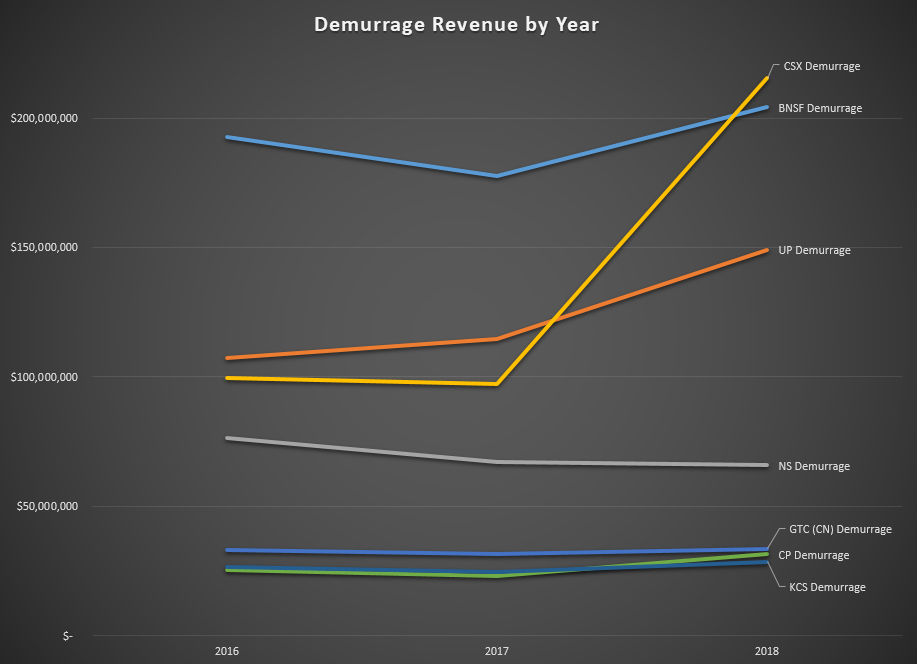 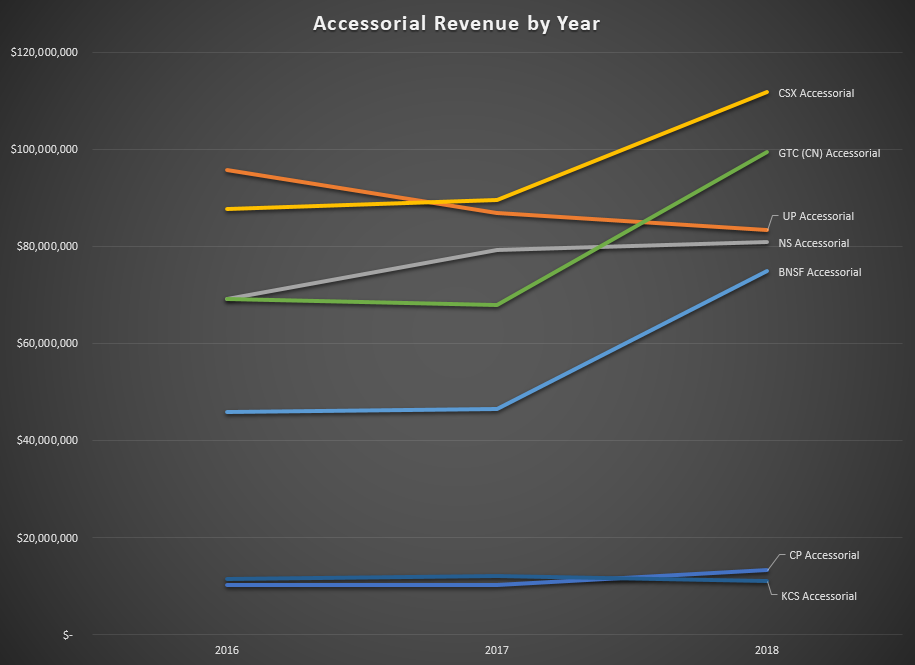 These revenue increases are not because the railroads are handling more railcars. The following chart shows the 2017 – 2018 volume change for the number of carloads carried by the railroads: 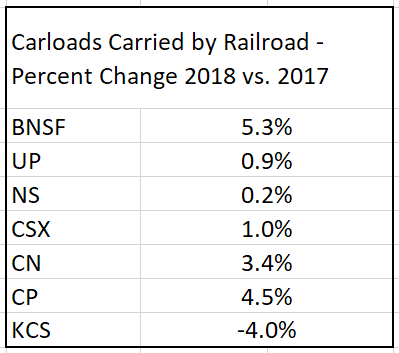 Many of the rules governing demurrage and accessorial charges were developed when the railroads provided the majority of railcars. Since then, the railroads have pushed the cost of railcar ownership and maintenance on to shippers. Private cars now make up an estimated 73% of the national railcar fleet.

This has created an imbalance. While demurrage, storage, and accessorial charges are used to incentivize rail customers to minimize the use of railroad assets, there are no incentives or penalties for railroads to maximize the efficient use of the private railcars in their possession. The costs from the inefficient use of private railcars by railroads is being borne by the shippers that have had to invest in those assets. Furthermore, there is little relief when demurrage charges are driven by railroad service issues.