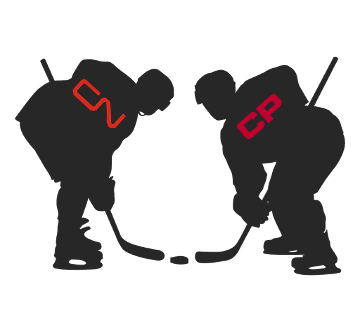 (updated May 24th, 2021) Tuesday, April 20th the Canadian National (CN) offered to acquire the Kansas City Southern (KCS) for $33.7 billion, setting the stage for both of Canada’s class I carriers to faceoff for the KCS.

One month ago, the CP announced merger plans with the KCS that stipulated that CP acquire KCS stock amounting to $29 billion and assuming a total of $3.8 billion of KCS debt. The net deal equates to $25 billion. The CN’s offer represents a 34.8% premium over the CP’s March 21st offer.

The KCS indicated that they will evaluate the CN’s offer, and if determined that it truly is a better offer, then the CP would be given the opportunity to submit a response.

CN’s Chief Executive Officer Jean-Jacques Ruest indicated in a television interview with Bloomberg, “our vision has been for a long time to create a very solid north-south network.” In response, the CP called the CN proposal “illusory and inferior because it creates adverse competitive impacts and raises other serious public interest concerns. CN’s proposal increases regulatory and antitrust risk for KCS shareholders and decreases benefits for customers, employees and other stakeholders.”

CN’s Ruest indicated that the CN and KCS have “highly complementary networks with limited overlap.” When analyzing both CN and CP’s network with the KCS, the CN does share a common area in the gulf with the KCS. As mentioned in our previous blog, the CPKC merger would essentially be an end-to-end consolidation that only shares Kansas City as one common connection or interchange. A CN-KCS network would have a total fourteen interchanges (IA-1, IL-5, LA-6, and MS-2).

The possibility of a CNKC will likely be a harder merger to get approved by the Surface Transportation Board (STB). Besides the obvious concerns over service and lack of competition, it will greatly affect the parity among the remaining Class I carriers. 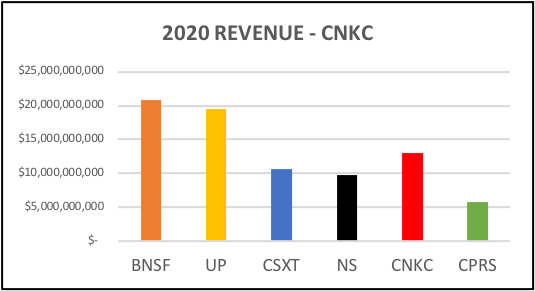 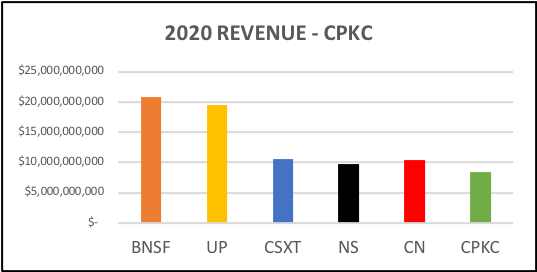 Based on 2020 revenue results, a CNKC network would move the fourth highest revenue Class I to the position of third, surpassing CSXT. A CPKC network would still place the consolidated network as the lowest revenue carrier. In terms of carload shipments in 2020, the same repositioning would occur. 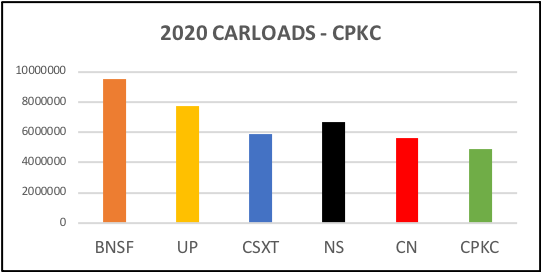 Since 2001, the STB tightened down its requirements for rail acquisitions to occur. The STB mandated that more public opinion would be taken into consideration as they make their final ruling. The STB did make an exception in the case of the KCS due to its smaller size thereby limiting the newly imposed requirements.

For those who recall back in 1997 the CSX agreed to acquire Conrail and there appear to be many similarities here. The CSX surprise announcement of their acquisition of Conrail was preceded with a 10-year unsuccessful push by the Norfolk Southern (NS) to do the same. Like the CN, the NS was caught flat-footed with the news. Like the CN, the NS rushed in with a competitive offer. In the end, the STB approved a split of the Conrail network between both CSX and the NS. The painful aftermath of this consolidation still lingers today, some 24 years later.

May 20 Update: CP Will Not Increase Bid

The Canadian Pacific Railway (CP) released information today indicating that they will not increase its $25 billion bid for the Kansas City Southern (KCS) in lieu of the Canadian National Railways (CN) $33 billion dollar offer. The CP’s announcement follows the CN pledge last week to add more stock to the deal along with compensating the KCS for the $700 million breakup fee that would be owed to the CP.

The CP’s CEO Keith Creel said on April 28th, “we don’t want a bidding ware. It is not something that we’ll participate in, and ultimately, it’s a war that we would not win.” (source: Transport Topics). The CP’s contention is that a CPKC merger is more likely to be approved by the Surface Transportation Board (STB). A CP-KCS merger would best meet the STB’s requirements of increased competitiveness and service considerations.

On April 23rd, the STB decided that it would review the proposed CP-KCS merger under the waiver provisions it granted the KCS in 2001. This waiver was enacted because a merger of a Class I carrier with the KCS would not involve the same risks as a merger between two larger carriers. The CN’s proposal on the other hand will be subject to the stricter merger rules. This merger ruling places a more significant weight of public opinion on competition and maintaining a stable and balance transportation network for the CN.

The other issue that the STB must consider is both the CP and CN’s use of a voting trust to transact the acquisition, which would allow KCS shareholders to receive the financial benefits prior to the new company being merged operationally. A voting trust is a vehicle by which the buyer of an asset can immediately pay the shareholders prior to regulators making an approval. During the period between the acquisition and regulatory approval, the two companies would operate independently. The STB must first approve or disapprove the use of the voting trust for both CP and CN.

The CN did receive a warning from the STB which indicated that they would take a tougher stand on CN’s use of a voting trust, since their bid will require a significant amount of proof and evidence. Chris Hohn, hedge fund manager for TCI who is the 5th largest shareholder of the CN has been vocal about his advice for the CN to eliminate the voting trust. He stated, “the STB is sending a clear signal, and the CN board has a duty to listen. The risk that the voting trust is not approved is too great to ignore”. He continues, “CN already has a tremendous North American rail network; it does not need KCS to prosper in the future. It is time to end this ill-advised mis endeavor” (Source: Financial Times).

The CP-KCS option certainly is the least complicated, but as we all know, money does talk. For a better understanding of how RSI’s rail costing and rate benchmarking application, Rail Impact can provide you with the information you need to take advantage of this pending merger, please contact our VP of Marketing, Linda Glauber.