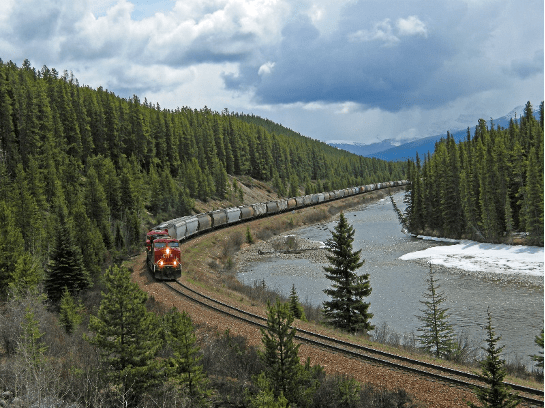 The September 12th acceptance of the Canadian Pacific’s (CP) $31 billion merger offer for the Kansas City Southern (KCS) initiated the KCS’ plans to terminate their merger agreement with the Canadian National (CN). The CN was provided five business days to respond to the KCS.

During the morning of September 15th, 2021, the CN released an announcement that they have received the notice of termination from the KCS and indicated that that they have chosen not to pursue their merger attempt. This announcement cancels the definitive merger agreement that was executed between the two Class I carriers on May 21st, 2021.

CN’s Chief Executive Officer J. J. Ruest stated, “We believe that the decision not to pursue our proposed merger with the KCS any further is the right decision for the CN as responsible fiduciaries of our shareholder’s interests. CN will continue to pursue profitable growth opportunities for excellence as a leading Class I railroad, and we look forward to outlining more details on our strategic, operational, and financial priorities in the near future.”

Since the initial merger plans were announced, the CN was faced with several governmental obstacles. The U.S. Surface Transportation Board (STB) unanimously rejected the CN’s use of a voting trust agreement, stating that the proposed voting trust was not consistent with the public interest standard under the Board’s merger regulations. The STB scrutinized the CN’s response to ensuring that the merger would increase competition. Furthermore, President Joe Biden’s July 9th Executive Order focused on promoting competition in the American economy created an additional obstacle.

Despite the merger of the CP-KCS railroads, combined they will remain the smallest of the Class I carriers; however, there is an opportunity for tremendous growth through this consolidation. Keith Creel, the CP’s Chief Executive Officer, stated “our path to this historic agreement only reinforces our conviction in this once-in-a-lifetime partnership. We are excited to get to work bringing these two railroads together. By combining, we will unlock the full potential of our networks and our people while providing industry-best service for our customers. This perfect end-to-end combination creates the first U.S.-Mexico-Canada rail network with new single-line offerings that will deliver dramatically expanded market reach for CP and KCS customers, provide new competitive transportation options, and support North American economic growth.”

RSI Logistics will continue to communicate information as it is released regarding the CP & KCS’ transition plan.