With Week 28 in the books, the Association of American Railroads (AAR) has published another round of weekly Class I Railroad data.  With a slight decline during Week 27, the total traffic for North American Railroads has picked up slightly with a number just below 700,000 railcars for the week ending July 16th.  However, we are still noticing an overall decrease compared to these numbers during this time in 2015.  Grain, motor vehicles, and chemicals have had strong volumes this year.  The only two major railroads that have cumulative volumes in the green compared to 2015 are the Mexican railroads – FXE and KCSM. 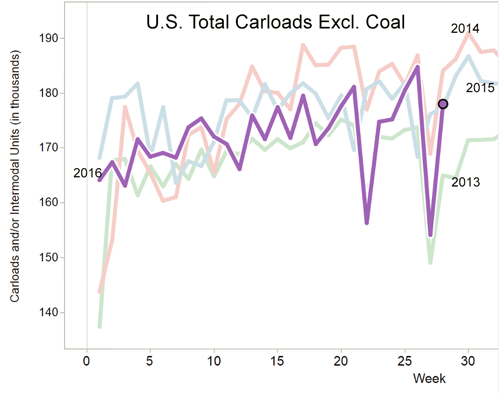 In other news, version 16.5 will be released in the coming week.  Here is a summary of the improvements:

Carrier revenue per shipment continues to fall for most of the railroads.  Average revenue data from 2011 to 2016 is below.  Commodity specific data is available in USRail Impact. 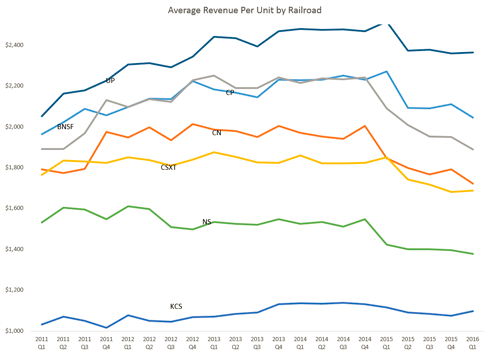